The process of heat sterilization of tools podiatric, dental or tattoo artists, ends with sterilization in electrical equipment such as sterilizers Dry heat and / or pressure tanks. These, to ensure the effectiveness of the sterilization carried out, they need periodic inspections and tests at each cycle. The autoclaves with saturated steam also, according to the UNI EN 29000, are subject to the annual periodic inspections by specialized companies that, by means of the sensors, verify the correct balance between pressure and temperature. The control of the sterilization process test to be performed in the other hand are divided into function test and control tests, or of verification of sterility, and each of them has its own timing and mode of application.

Test to be performed in the sterilization process

For the dry heat sterilizer (Pasteur or oven), in addition to the visual and practical controls that we can do on a daily basis such as cleaning, check the correct operation of the closing of the door and check the correct operating temperature, there are no official function test . The beauty center, or at least the professional who uses it in that moment, however, can still run tests that prove whether or not the successful infertility (control tests) that we discuss below.

The autoclave with saturated steam instead, mainly used by dentists and podiatrists, is subject to systematic periodic checks. There are in fact of daily control tests to be performed that are very important to document the correct functioning of the autoclave and of the individual under examination cycle. In addition, by law, it is obliged to have a registry where document every test carried out with general maintenance.

The control tests are divided into:

FUNCTION TEST - to ascertain the suitability of the autoclave;
TEST CONTROL of the sterilization - to avoid malfunctions and human errors in the execution of the cycle;
PERIODIC VALIDATION - to verify the performance of the autoclave

The function test allow to verify if the autoclave is able to ensure the essential operating performance, that is, the correct evacuation of the air and the consequent and total penetration of steam into the sterilization chamber. These tests are then allocated to the autoclave occurs with cycles in class D or B and can not be run on autoclaves with only cycles in class N, because the thermodynamic system does not allow for adequate air elimination.
The function tests are performed before using the autoclave, to verify their efficiency.

They are divided into:

VACUUM TEST (vacuum leak test) - Predicted in all autoclaves with loops in class B and some with class S cycles; usually the machine has a special program to check the degree of vacuum reached and its duration, and that these are sufficient.
TEST OF PENETRATION OF STEAM - Intended for all autoclaves cycles in class B and some with S. Class cycles for this test are used for external devices.

The test of the vacuum test is already inserted in autoclaves and has the objective to verify the perfect sealing of the sterilization chamber, that is, that do not occur decreases the degree of vacuum in the hydraulic circuit. The test, programmable in autoclaves with loops in class B, and in some in the S-class, plan to run the vacuum phase, then the room is kept isolated for a predetermined time, after which it is indicated whether the increase in pressure due the possible re-entry of air is less than a predetermined value. This is a daily test which is performed to start the sterilizer, before starting the sterilization cycles. If the printer is not present in the autoclave it is necessary to transcribe on a special register the data which are read on the display related to the pressure, temperature and running time.

The steam penetration tests are instead charged through external kits such as the Test Bowie + Dick and Helix-Test: Test Bowie & Dick

The Bowie & Dick Test allows to verify the correct evacuation of the air from the sterilization chamber and consequently, the complete penetration of steam into porous

loads (example: towels or gauze). The test consists of an indicator sheet, formed by concentric circles of light color, entered into a "test package" ready to use. After exposure the paper indicator changes to black.

The Helix-test will detect the strength of penetration of steam inside the chamber and the total expulsion of the air inside. Helix-heads a daily test which is

performed after the vacuum test, and earlier than normal autoclave use, this test should be done especially in the dental practice as there is the presence of instruments with cavities "A," that is, having a certain length and diameter of the cavity (vacuous voids with very fine lumi and of considerable depth such handpieces). The Helix-test must be performed each time the autoclave is started.

The control of the sterilization test

For the execution of tests are used appropriate sterilization indicators that will allow you to monitor all the autoclaves, with cycles in Class B, S or N, and also the dry heat sterilizers.
The indicators are divided into:

Chemical - are data from substances that color change color in relation to the temperature and / or the time for which has been maintained.
organic - using spores of germs apathogenic

The spore test is an indicator organic of the sterilization cycle. For saturated steam autoclaves are used spores of Bacillus Stearothermophilus because nonpathogenic and extremely resistant to heat. biological test of sterilitàSono vials containing a disk or special paper strip, where they were inoculated spores and an ampule containing the grounds of violet color culture. To the culture medium has been added a pH indicator. If at the end of the incubation period is not the case the growth of the spores, the pH and then the color will not change, demonstrating the successful sterilization. In the case of possible growth of the spores, the pH will decrease, causing the color change from violet to yellow highlighting the sterilization failure.

To every load that you are running you may want to place a chemical indicator of sterility inside a box, in the same conditions of the material that you sterilize. With this test the parameters are measured: temperature, pressure and exposure times. In addition, the same envelopes must have a chemical process indicator in order to check whether the packaging has been exposed to a sterilization cycle or biological meno.L'indicatore is a test that you should make at least once a year. 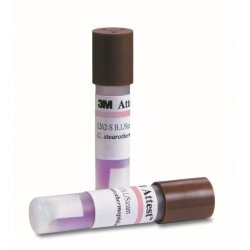 Out-of-Stock
The sterilization - equipment and products

EM14033
€539.95
INDICATOR STEAM 3M ATTEST 1262Attest biological indicator in 1262 (brown cap)E 'it designed for the control of steam sterilization processes.The presence of Geobacillus stearothermophilus spores is detected by an evident change in color (the color of the culture broth turns to yellow). The yellow color indicates that the sterilization process was not...
View 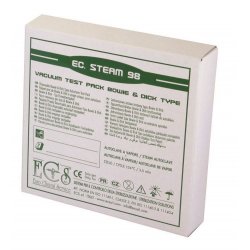 EM14061
€5.00
Test for the proper functioning of an autoclave Description of the BOWIE + DICK TEST The Bowie and dick test verifies the correct penetration of saturated steam in the porous loads subjected to the class B cycle and in the enveloped packs subjected to cycles in class S.It is also able to check the presence, the quality of the steam, the temperature and... 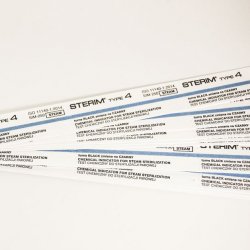 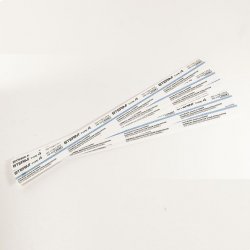 Out-of-Stock
The sterilization - equipment and products

EM140321
€12.47
Strip indicator for accurate control of sterilization. Pack of 250 strips Sterilization indicator strips The indicators consist of 200 × 15 mm strips of paper on which the color change indicator necessary for the steam autoclave sterilization process is printed, in accordance with the requirements of standard EN 867.It is recommended to use an indicator...
View 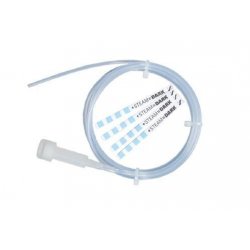 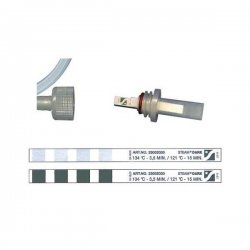 EM14075
€54.00
STERILIZATION TEST HELIX TEST conf. 50 stripsHelix test is a physical test to check the capacity of the steam penetration of hollow bodies. For testing, a standardized system is used and comply with the technical regulations currently in force. The test must be passed by all the autoclaves which declare the possibility of sterilization of hollow bodies... 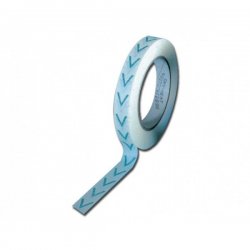 EM14028
€19.20
Sterility detector for dry heat sterilizers Description of the HOT AIR VERSIONS ROLLS Specifically formulated tape for the insertion and at the same time to visually show that the packaging has successfully completed the sterilization cycle in dry heat sterilizers.The coating of the different belts is made of particularly resistant impregnated paper,... 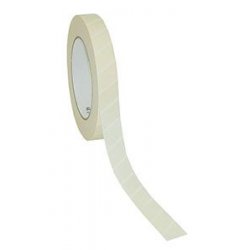 EM14031
€2.29
Indicator tape for steam cycles, size 19 mm x 50 mt. The sterility indicators are chemical detectors that are used to indicate whether the object, the envelope or container where they are attached has undergone a sterilization process.They are usually used as a seal for containers used so as to also detect a previous eventual opening of the container... 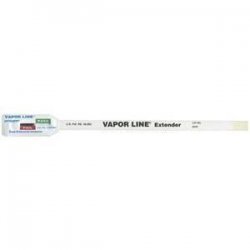 EM140264
€173.98
SUPPLEMENTS ORGANIC VAPOR LINE (250 pieces)Chemical tests for the validation of the sterilization cycle Suitable for all types of autoclave. Not 'required an interpretation of the color change color.If the integrator indicator and 'subjected to a proper sterilization cycle, the ink advances within a reading up to reach the green PASS window area. The...

No comments at this moment