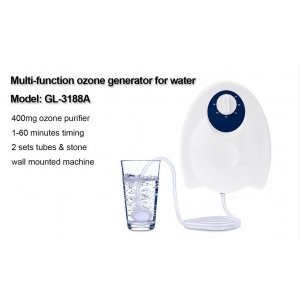 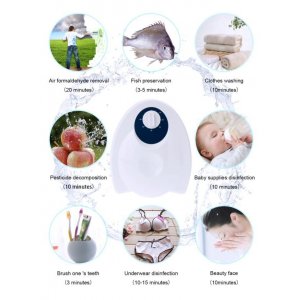 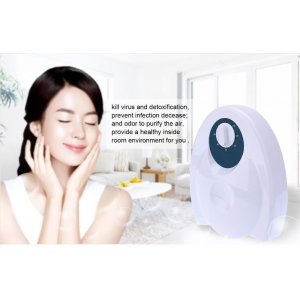 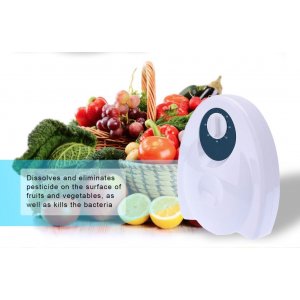 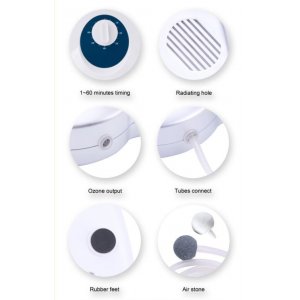 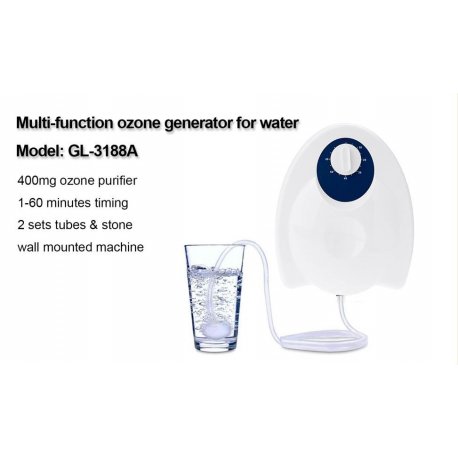 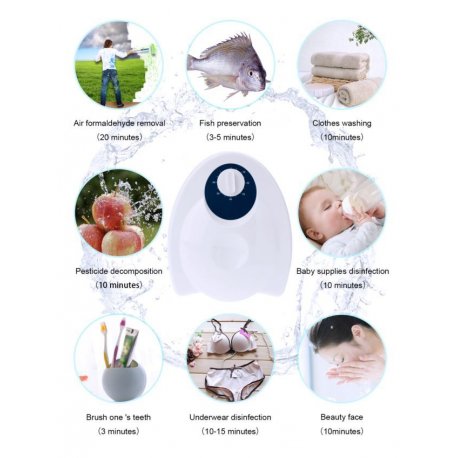 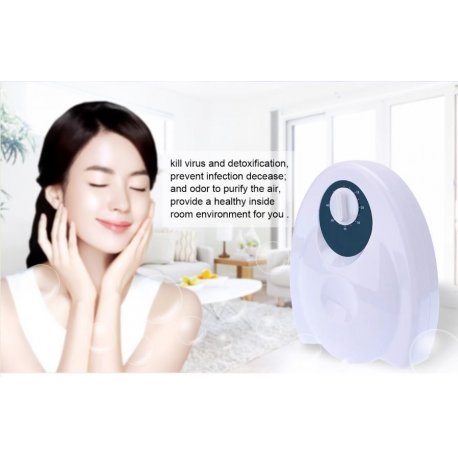 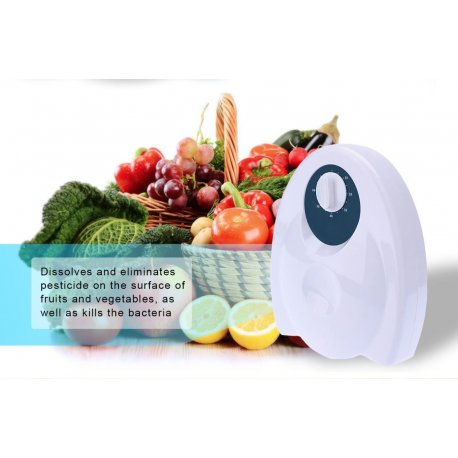 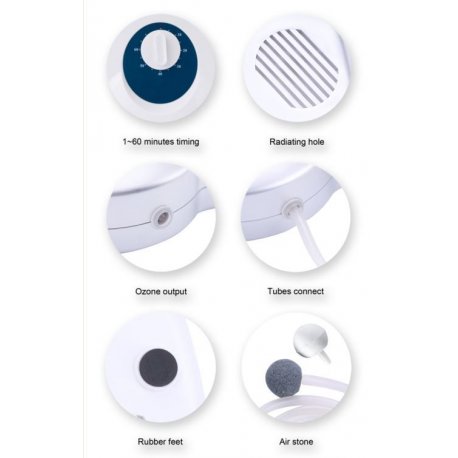 OZ-one is an automatic sanitizing system that uses the strong disinfectant and deodorant power of ozone. It is in fact able to disinfect and deodorize both water and environments.

Description of OZ-one, ozone sanitizer for air and water

Unlike industrial ozonizers, OZ-one is a small size sanitizer suitable for operating in small environments such as shops, offices, laboratories, houses and apartments.

It is inexpensive, easy to use but above all safe and effective for:

Recent experimental data show that ozone is effective in reducing the bacteria present in the air of the unoccupied room. Over 90% of the bacteria in the air could be reduced after ozonation. Since viruses are generally more sensitive to ozone than bacteria, it could be assumed that all viruses will be killed if a large percentage of bacteria are removed from the air. Ozone is a gas that has a good penetration capacity and a powerful oxidizing power, therefore its disinfection efficiency is higher than UV radiation and HEPA filter.

Since ozone disinfection is only conducted in an unoccupied room and all residual ozone will be decomposed after treatment, ozone toxicity to humans is therefore not a problem. Given the advantages of a strong oxidizing power, good penetration capacity and the absence of harmful residues after treatment, it is recommended to use ozone in the disinfection of environments contaminated with SARS.

The oxidizing action carried out by ozone has meant that since its discovery it has been used as a bactericidal, fungicidal and inactivating agent for viruses. It was initially used as a disinfectant agent in the production of drinking water, in France since 1906 and in Germany since 1972. The choice of ozone was based on the fact that it is more effective than other disinfectants towards a wider spectrum of microorganisms.

The Italian Ministry of Health with protocol of July 31, 1996 No. 24482, recognized the use of ozone in the treatment of air and water, as a natural aid for the sterilization of environments contaminated by bacteria, viruses, spores, molds and mites

Numerous studies conducted since the beginning of the twentieth century have reported that the antimicrobial action of ozone, both in the aqueous and gaseous phase, could be exploited in the processing and conservation of food (Broadwater et al., 1973; Kuprianoff 1953). For example, in 1929, the treatment with ozonated water extended the duration of the fish products by a further 5 days (Violle, H., 1929). Subsequent experiments showed that neither the appearance nor the taste of food was altered by ozonation (Violle et al 1929; Kuorianoff 1953; Kim et al., 1999). Consider that already in 1910, the German food industries used ozone for the conservation of meat and eggs, demonstrating that the use of ozone in the gas phase in refrigerated storage prevented the growth of fungi and mold.

For whom the use of OZ-one is recommended

Thanks to its small size, OZ-one is undoubtedly the most economical and advantageous solution for everyone in the prevention of infections.

For home or for any commercial activity, OZ-one is able, independently, to sanitize environments and eliminate odors; professional offices, hotel rooms, ambulances, buses or campers, canteens, bars, restaurants, etc. It can also be used to disinfect water and to ozonate it, for the conservation of fruit and vegetables, for sterilize containers, for the control and inhibition of mold, for the disinfection of dishes, cabinets, shoes and shoe racks, etc, etc ...

For commercial activities not exceeding 90 square meters, we recommend turning on the OZ-one at the end of the working day. Open all the doors of any rooms and bathrooms, place OZ-one in the center of the room, operate it and leave the room. OZ-one will carry out the work for the set time and will turn off at the end. Do not return before 30 minutes from the end.

How the OZ-one sanitizer works

The use of OZ-one is extremely simple: once positioned, just set the time and let it act independently, without the help of any operator.

- In environments such as rooms, rooms, cars, it is only necessary to connect the OZ-one to the electrical outlet and set the minutes to switch on according to the m2 to be sanitized. It is recommended not to frequent the premises during its operation and for the subsequent 30min from its shutdown.

- For the disinfection of fruit and vegetables it is necessary to connect the tube supplied to the machinery and insert the appropriate stone at the end of the tube. Then connect to the OZ-one socket and set the minutes according to the following table.

- For fabrics: Wash clothes in water and insert the tube with the stone in the tray. In this way the garments are disinfected and the removal of stains is easier (time 10 - 15 milkings).

- Well-being: It can be used to decrease the tiredness of the feet by providing general well-being.